“There is no liberty on earth! They search for it in the sky” CUBA From the Park to the Moon 1888 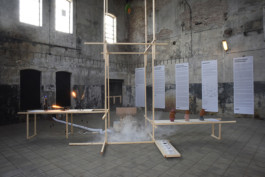 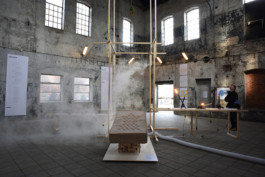 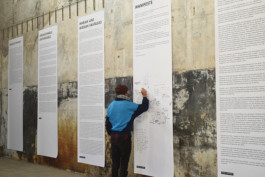 Towards the elusive, into a stage of satisfaction which grows and expands in one's visionary creative thoughts. In this abyss we control our environment, breaking natural borders, as we live in a future reality at the present moment. We explore other worlds, we exist beyond the boundaries of time and space, and we are taken to a certain expansion of imagery, where magic and reality exist simultaneously. This celestial realm opens up new ideal directions, offering one to search for the meaning of the desired beyond the represented. It is here that you can imagine a future environment or a former distant one, a lust for love by mimetic images that elevate to a better version of themselves.

The physical realm seems to intrigue us most in our "limitless" fantasies, however, we can only stick to what we know. It is still impossible to fantasize about a completely new color or a new emotion that is truly unheard of. Everything we wildly imagine in our spiritual eyes is still limited by our knowledge. Exactly there, we have a glimpse into the spiritual realm - infinite creator of the finite.

“There is no liberty on earth! They search for it in the sky” stated one of the actors in the Cuban play From the Park to the Moon 1888, as the Cubans were fantasizing of freedom that most likely could be found on the moon, rather than on earth under Spanish colonialism. As the absence of perfection appears, the mind formulates fantasy as a substitute, a path to find a state of being in silence and peace, in serenity and joy, in excitement and perfection. Robert Mapplethorpe also longed for that the utopian. "I want everything to be perfect, and, of course, it isn't. And that's a tough place to be in because you’re never satisfied”.

In La Terrasse’s 4th edition, designers, writers and other creators will allow their desires to form their fantastic realities. They will map a certain logic that unbinds you from the soil, and binds you into their self-constructed environment, a new settlement patterns in a world within a world.