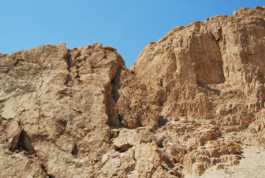 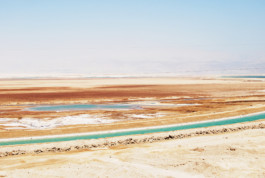 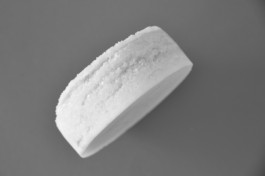 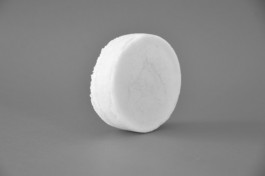 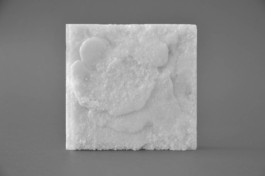 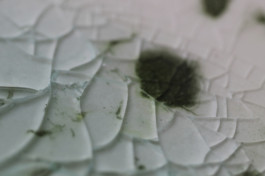 What is the potential of design study and development? How can it influence and rearrange people's functioning during their life cycle? Designers are observers who criticize modern society. In every design process there is a critical point of view in which the designer points to a problem and offers his personal and professional solution, an interpretation for a way out.

While crossing the Negev desert with my car, when the temperature outside reached 50 degrees, among the brown dunes, I saw a white, sparkling, 16-meter-high mountain of glossy, pure, petite diamonds, neglected in the desert. It struck me like a storm in the clearest summer morning of July, like most unexplained phenomena written in the pages of our history: there stood a mountain of pure salt in the middle of the Negev desert. If I had found it 200 years ago, I would have almost certainly been considered the bearer of fortune.

Nowadays, getting hold on sodium chloride is not much of a feat - salt has become a resource produced faster than it is consumed. It is so prevalent, inexpensive and easy to obtain that we fail to remember the fact that this mineral was one of the most greatly desired and longed for natural substances in human history.

At the start of my journey as a Masters student and as a contextual designer at the Design Academy Eindhoven, where the only white dunes I have seen are ritalin mounds , I became conscious of the fact that the "white gold" has lost its value. At that moment I decided to climb to the top of the mountain and claim my ownership - but my main concern and hesitation was: what can I do with a mountain of salt?

every year 20 million tons of salt sink to the bottom of the Dead Sea's fifth pond, an area where 20 hotels flourish. The fact that the salt sinks to the bottom and the factories transfer large quantities of water from the north basin which is the natural side of the Dead Sea to the south basin, to harvest more minerals (at the same time they get more salt), the level of the water rises caused by the layers of salt which are piled up. As a result, today the hotels are facing flooding and collapse. To solve this inconvenience, the factories decided to drop the 20 million tons of salt back to the natural sea at the north basin, a plan that is now considered by the government. The unbalanced new environment shaped by the industrialization of a natural resource led me to contemplate what can be done with the salt, which brought to my mind the words of Donald Sadoway, a professor of material chemistry at MIT, who spoke of abundant natural resources, "If you want to do something dirt-cheap make it out of dirt, preferably dirt that it is locally sourced".

The history of salt is interwoven in many stories in written narratives, from the Bible to Greek mythology. Salt has always been considered of great worth, cherished and highly esteemed. The ability to preserve and to impede decay, as well as maintain life has given salt a broad metaphorical importance and position, which began to fade away in the last 100 years. Salt has become inexpensive and easy to obtain. For centuries, salt was one of the most sought-after natural resources in human history, gaining a vital position with the shift to raise animals for meat rather than kill wild ones. Similar to us, animals also needs salt. When humans began to domesticate and raise wild animals like sheep and goats for their meat, the industry of salt production was firmly settled. Cattle became a backbone for food, consuming huge quantities of grain and salt. To illustrate the need for large amounts of salt, just one cow needs as much as ten times the amount of salt a human requires. Inevitably salt gained a great symbolic importance and economic value.

Simultaneously to researching literature about salt and the Dead Sea area, I began experimenting with NaCl in my studio, trying to design a process in which the wasted NaCl could be useful and beneficial to use in a design process as a mass, expecting to achieve a different state from the way the raw material currently exists – very fine particles, in an ordered pattern extending to a microscopic solid crystal. If the process can turn a great number of crystals into a rigid mass which creates concentrated, solid surfaces from pure NaCl, new design possibilities can be formed, with the potential of turning large quantities of salt, otherwise wasted, to practical products.
With the intent ambition of achieving a solid mass of pure NaCl, the experiments I conducted consisted of sea salt - a pure NaCl in its solid state, within a process of heating the crystals to their melting point. Reaching the alteration in state from solid crystals to liquid, the liquid was then altered back again to its solid condition in a new form. The experiments were a series of trials in which each test led to conclusions which had an effect on the next experiment.

The molten salt produced a mass of pure salt, with a high density which resembles white marble in appearance, which was the first step I succeeded to accomplish. A wasted, cheap and insignificant material which was considered a nuisance to the factories turns into an appealing and fascinating surface with a luxurious appearance, all in a short process of a few minutes. This desired outcome of small crystals joined into an immense strong surface made me think about the options and potential that the new material holds. If the process involves a cheap material with an aesthetic and luxurious look, the white, pure, solid structure that forms in the recrystallization process can lead to economic and social benefits for an area where most of the local communities are in a state of poverty. If the process and the material will remain cheap to produce, then it is possible to develop a system of inter-connections which will inhabit the material for the benefits of the local population.

Form follows conclusion and conclusion turns to action. The final observation of the research was made and the focus is intense; Twenty million tons of wasted salt are currently piled up in the bottom of the Dead Sea. The loss of value of a material which used to set the world in motion now sinking to insignificance. The development of a production method using NaCl as the main substance holds great potential. A path to a new application making salt desirable again can allow the local people to take pleasure and luxury in the appreciation of a beautiful substance with practical usage. This scenario has the potential of enriching and changing the position of salt, from waste to a desired, attractive and sought after commodity.

If the outcome of this research will lead to a rapid geological process which generates a production method to a new material, and a system of production blocks and tiles using large quantities of NaCl, it will set in motion a demand for salt, and will eventually broaden and reframe the perception of the value of salt in the context of the Dead Sea area.