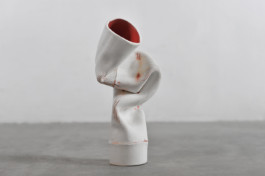 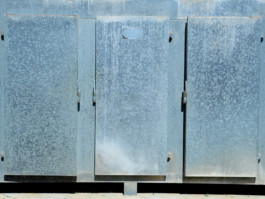 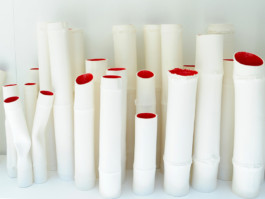 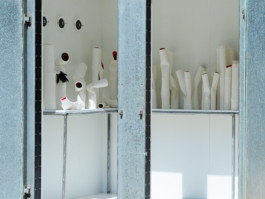 Growing up in a nursery located in an urban city leaves its mark on one's personality. My strongest memories as a child are related to life in the nursery growing in the middle of an industrial area. In the city center, among the hustle and bustle, my father decided to open a nursery which would shape my life journey.
My brothers and I always thought that we grew up in nature, that we helped clients embrace nature and appreciate it. This reciprocal relationship was quite simple. We give a piece of nature in exchange for monetary currency. Everyone is satisfied. Awaiting the next exchange, we would sail away to imaginary worlds, drawn into the depths of the leaves and flowers. In this children's fantasy world, the leaf became a space and every leaf blade was designated a function. This world was composed of infinite fractals everywhere and the imagination from within would take off to unknown boundaries. Hours would fly by and we would visit another world, a world that was our own, until the end would come in the image of a human who would bring us back to reality. This real world was slightly different. The childhood experience and world of adults would merge.
With the passage of time, the reality of this fabrication was exposed and the essence of the nursery became another. Light was ultimately shed on this conveyor belt and the visual illusion was shattered. I suddenly realized that in fact we had not contributed to the clients' life experiences, but rather sold a fabrication in guise of the truth, a type of softening of guilt feelings hidden inside them.
The very demand for land suffocating in black plastic, for the 'conspiracy' which would make them believe that it is the 'truth', evolves into a product of breeding which visually and materially looks like the real thing, but a 'philosophical' reflection delving into the meaning of nature reveals the ultimate lie, the full blown fabrication.
The project as a metaphor of the nursery presents a ceramic evolution of the bamboo. Nine objects are systematically produced through their coupling by means of a plaster mold - a type of miniature one-man factory manufacturing an industrial product. The project is presented in a cooling room which serves to maintain the freshness of the flowers. When the doors open a new world is revealed. The entrance to the cooler simulates the consumer experience in the nursery. The sterility inside the polar space contrasting with the external industrial world represents the two worlds in which I was raised. The radical connection between the bamboo's morphology and the artificial human textures as reflected by synthetic hair, and the latex casts simulating human skin gives birth to a new hybrid whose very genesis echoes the internal desire to wake up from the intoxication of the fabrication and create a new world in which nature and the human reconnect anew.
2011