"A journey from water to land" 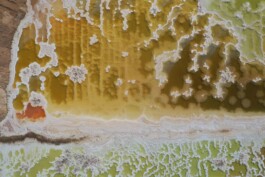 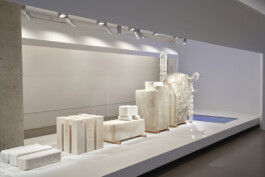 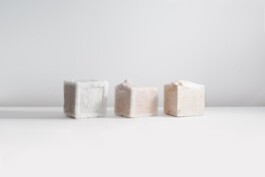 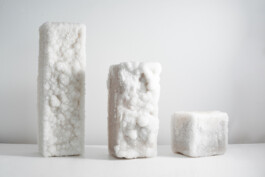 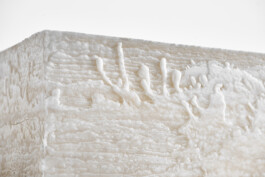 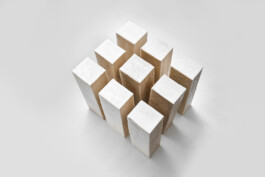 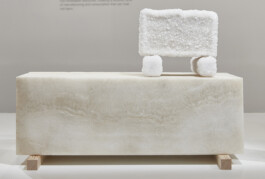 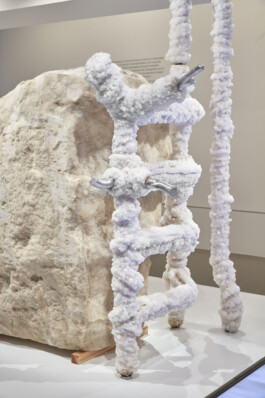 Crystalline is an elongated work of small-scale architecture, an imaginary chunk of a larger structure. The work consists of four distinct structural elements – a ladder, boulder, steps and walkway, assembled into one exploratory architectural work that aims to represent a journey from water to land. With Crystalline, Nevi Pana examines a metamorphosis of basic raw material into a deliberate refined composition that interprets crystal growth and natural processes as an architectural practice. This commission will be the only large-scale manifestation of salt-based architecture to-date, combining each of the techniques the designer has explored thus far.

For the past eight years, working with salt in the Dead Sea has been fundamental to Nevi Pana’s research question:  “what can be done with 20 million tons of salt, a byproduct accumulated every year in the fifth pond of the Dead Sea?” This aggregation resulting from the over-industrialization of the Dead Sea causes a hazardous domino effect including flooding, unstable water levels, and an overall disruption of natural equilibrium. To meet this man-made environmental challenge, the designer began envisioning solutions to make this undesirable material desirable again, which led to the conception of salt-based architecture.

Nevi Pana initially developed a way to create basic building blocks with the surplus of NaCl in the form of molten blocks and tiles during his research at the Design Academy Eindhoven. The result of this exploration was stone-like objects with gleaming surfaces that he named ‘marble for the poor.’  He then moved on to a more conceptual approach in which he designed objects constructed from a variety of natural materials (luffa, wood, cotton) and submerged them into the Sea to understand how their interaction would unfold.  With the resultant Salts series, salt played a technical role as a binding agent and with his next body of work, the Bleached series, the objects themselves acted as salt pumps, literally absorbing the neglected NaCl of the Dead Sea’s Fifth Pond.

With Crystalline, each element is encrusted or grown with salt, demonstrating a repertoire of techniques developed by the designer including subaqueous crystal growth, melting, and merging salt with clay.   When combined, the components reference concepts of motion and flow, of evolution and growth.   Nevi Pana’s journey starts with the ladder as a metaphor for ascension from the Dead Sea — the lowest point on earth – and concludes with the walkway, which demonstrates a symbolic transition to a new physical reality.  While assuming experimental form however, the work speaks directly to the need for restoration of the surrounding Dead Sea area and postulates that salt-based architecture could introduce new and more sustainable paradigms for housing, tourism, and public works.